Crookid stiks and $tones welcomes the author Rowena Macdonald as a contributer | critical mind to our collective blog. 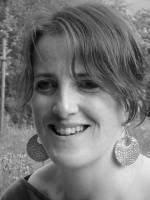 In common with us all ... After graduation, she worked as a waitress, bartender, life-model and cleaner. Her stories have appeared in anthologies published by Serpent’s Tail, Roast Books and the Do-Not Press. She has won several prizes for her short fiction, including two Asham Awards.


'Engaging, raw, inventive and, occasionally, surprising, this finely tuned and accomplished first collection confirms that, in the right hands, the short story remains as valid and as potent, as vigorous and as rewarding, as ever.'

Short Biography: Rowena Macdonald was born on the Isle of Wight in 1974, grew up in the West Midlands and studied at the Universities of Sussex and Warwick. Smoked Meat, her debut book - a collection of interlinked stories set in Montreal - was published by Flambard Press in 2011. In 2012, it was shortlisted for the Edge Hill Prize and longlisted for the Frank O'Connor Prize. Rowena works as a secretary at the House of Commons and teaches creative writing at Westminster University. She lives in east London and has just finished a novel with a top secret plot.

Her attraction to Dungeness beach:

I first went to Dungeness back in the mid-nineties with my then boyfriend. It was very cold; early spring, I think. We drove from Brighton and looked at Derek Jarman's garden. We couldn't resist peering into the windows of his cottage. Thankfully, no one was inside.  In the mid-noughties, my brother moved to the Romney Marsh with his wife, and I visited Dungeness whenever I went to stay. Roundabout the same time a friend from London bought a cottage on Dungeness and began to live there half the week so I had another excuse to visit. It's very atmospheric: the eerie backdrop of the power station and the way houses, huts, caravans and boats are scattered haphazardly along the shore like objects in a Salvador Dali painting. I've swum in the sea many times and come to no harm, even though my friend told me it's dangerous; I've bought many kippers from the smokery, which I believe is now closed; and I've found many lucky stones with holes and strung them on bits of beachcombed rope. They hang in my bathroom and remind me of the seaside, which is where I was born and where I know I will end up. 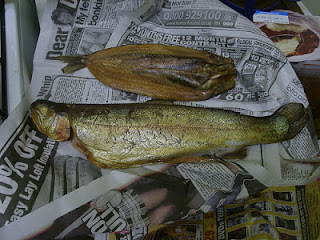 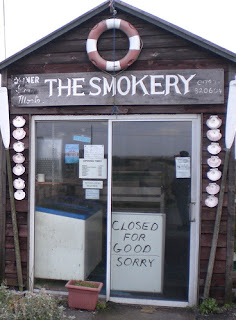 Please read this interview on the Flambard Press blog