You Lift Me Up

As my mother, who resides at Deal on the Kent coast gets older, my trips home from Dublin become more frequent. I generally fly to Gatwick, hire a car and drive for a couple of hours down the M26, M25 and M20 until I'm in the right bit of East Kent.
On the last stretch I'm often tempted to take junction 11, drive to Hythe, make a sharp right and head off in the direction of Dungeness. I can't though, it's too much of detour and Daphne will be wondering where I am. Much easier though is Folkestone, I drive right past it. There's lots to see there and it's suitably crap. I'm intrigued by the 550 room Grand Burstin Hotel down by the harbour. It's a monster, seemingly a beached ocean liner. A trawl of the internet tells me that the Grand Burstin was built in the 1960's, the 70's with the latest date on offer being 1984. The most credible would appear to be a construction starting date of 1975 with completion in 1982. The web also told me that in the recent past the hotel has served asbestos with its horrid food and has provided sanctuary to 130 migrants from Iraq, Eritrea, Somalia and Afghanistan. Most interesting though is this marvelous video on Youtube entitled 'Tour of the lifts at Grand Burstin hotel in folkestone' - it's one of a series. As the twelve thousandth and thirty first viewer I can strongly recommend this somewhat niche audio-visual experience. 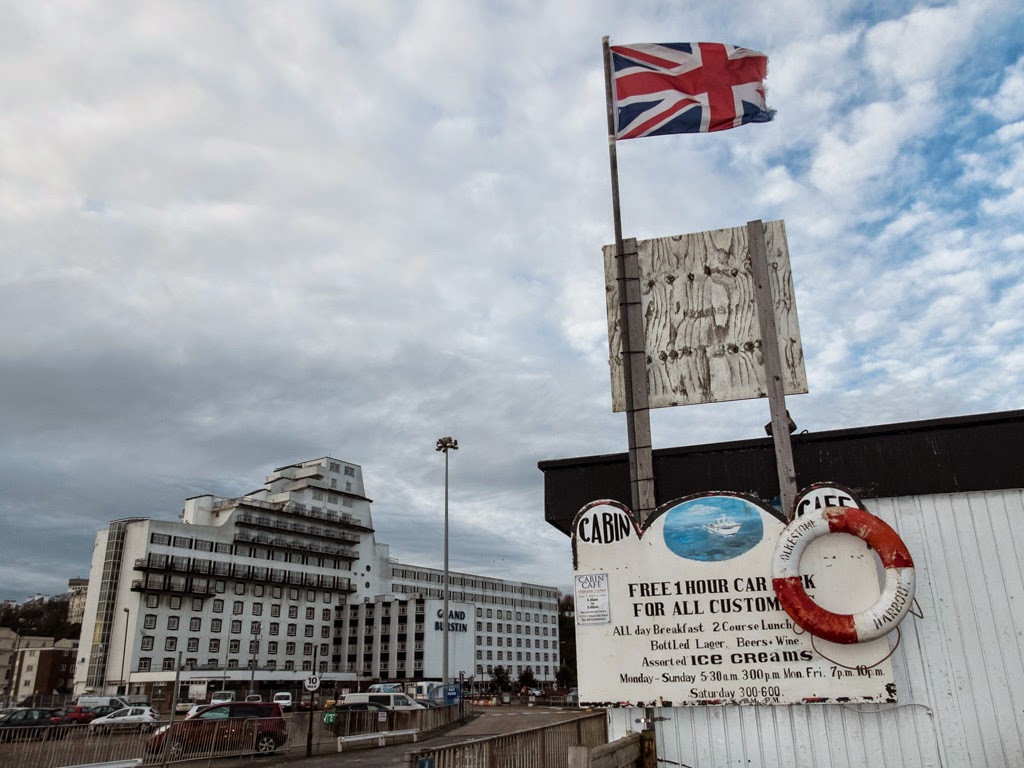 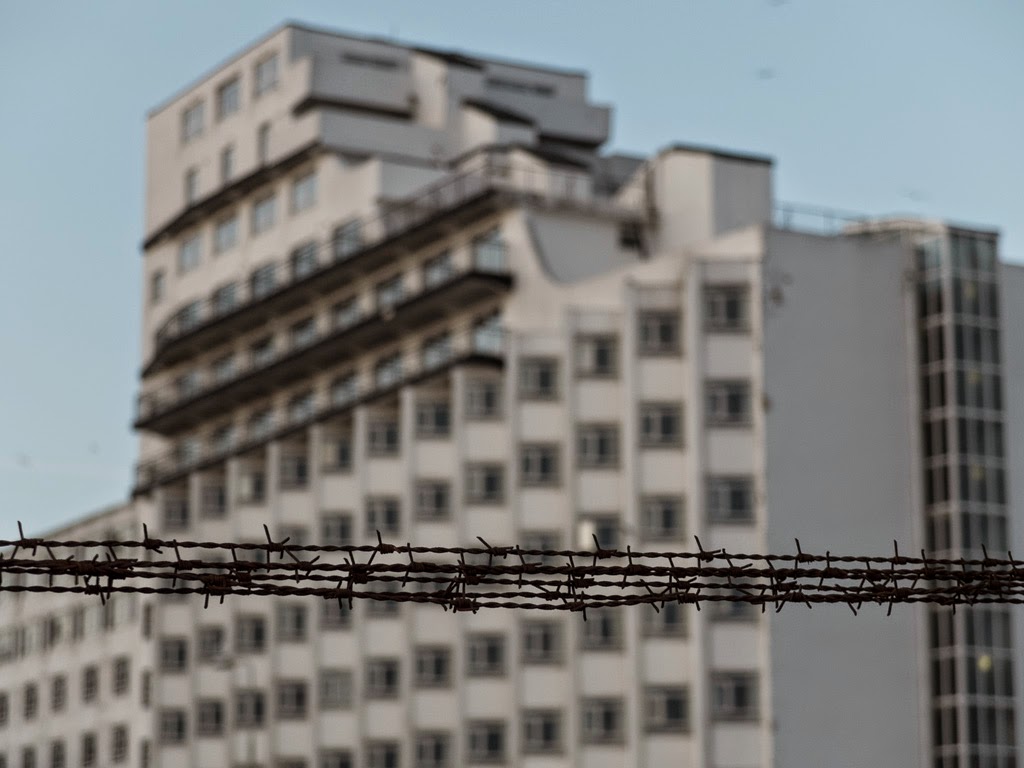 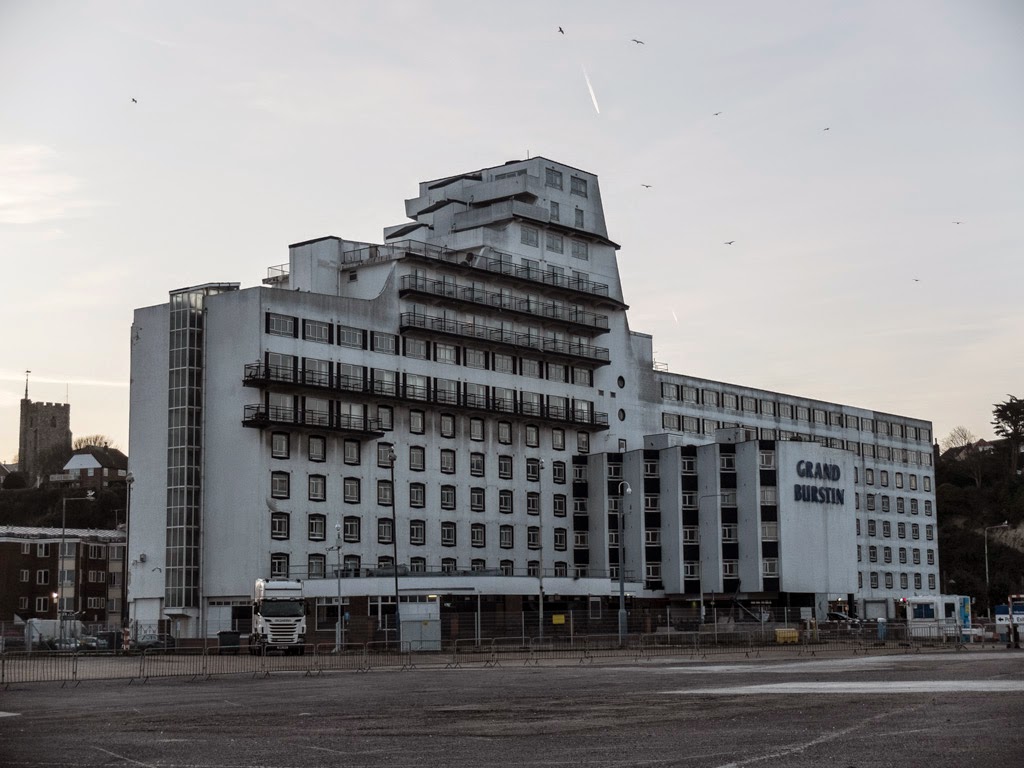 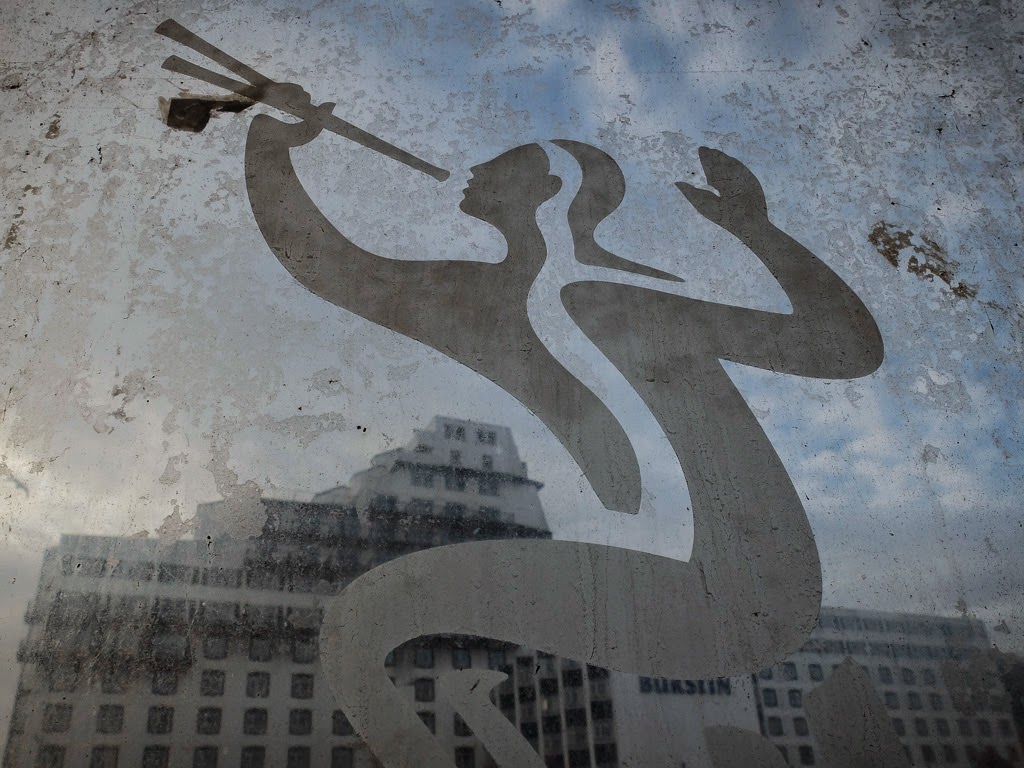