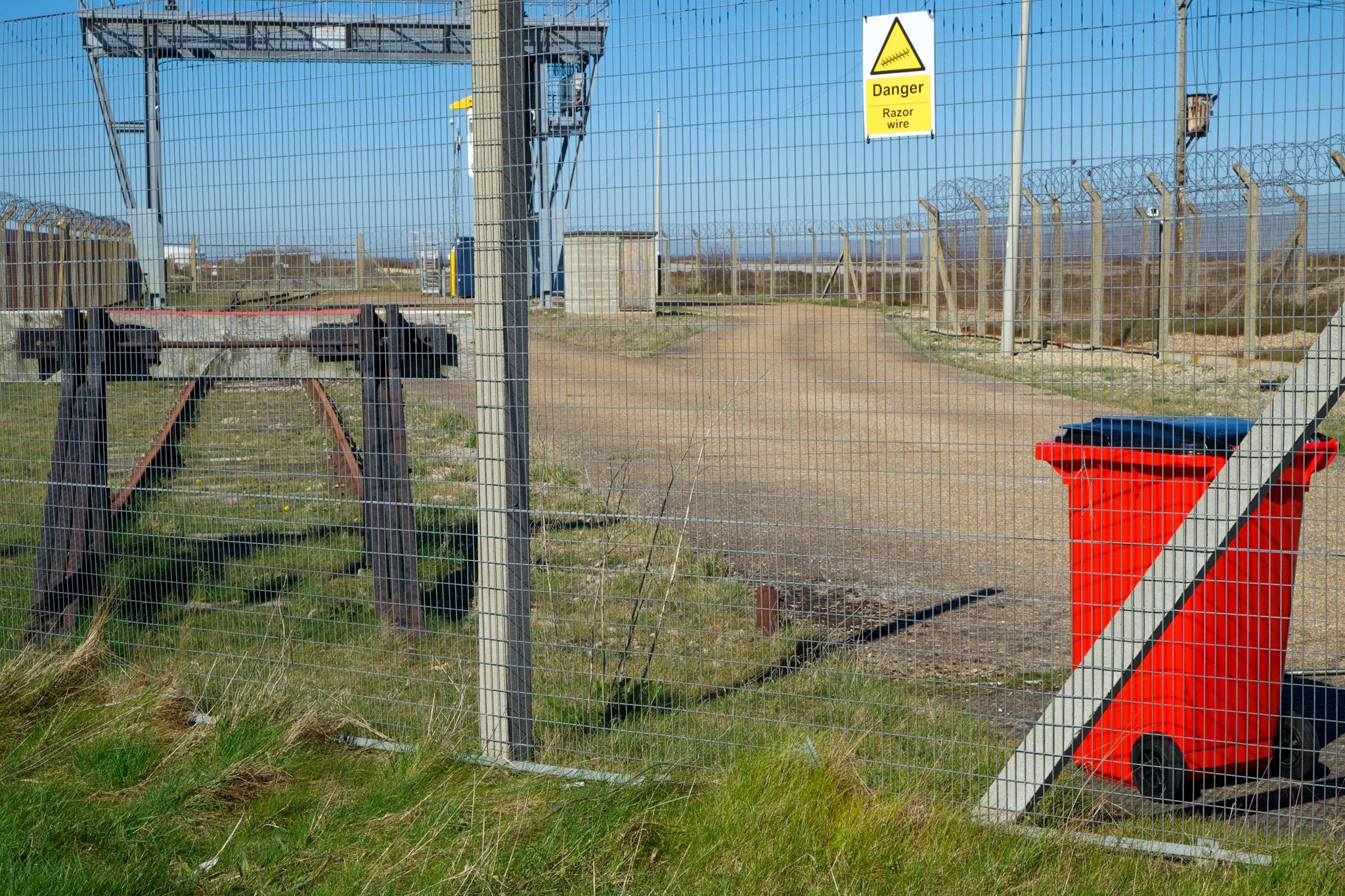 It was a quiet Sunday. On the way down to Dungeness, a very congruous red rubbish bin at the incongruous railhead in the middle of nowhere demanded to be photographed.
I stopped the car.
I got out the camera.
I took a photo.
I stopped.
We were hemmed in and confronted by a police car and two men from the Civil Nuclear Constabulary,  Heckler & Koch at the ready.
What were we doing? Why? Identity? Date of Birth? Et cetera. 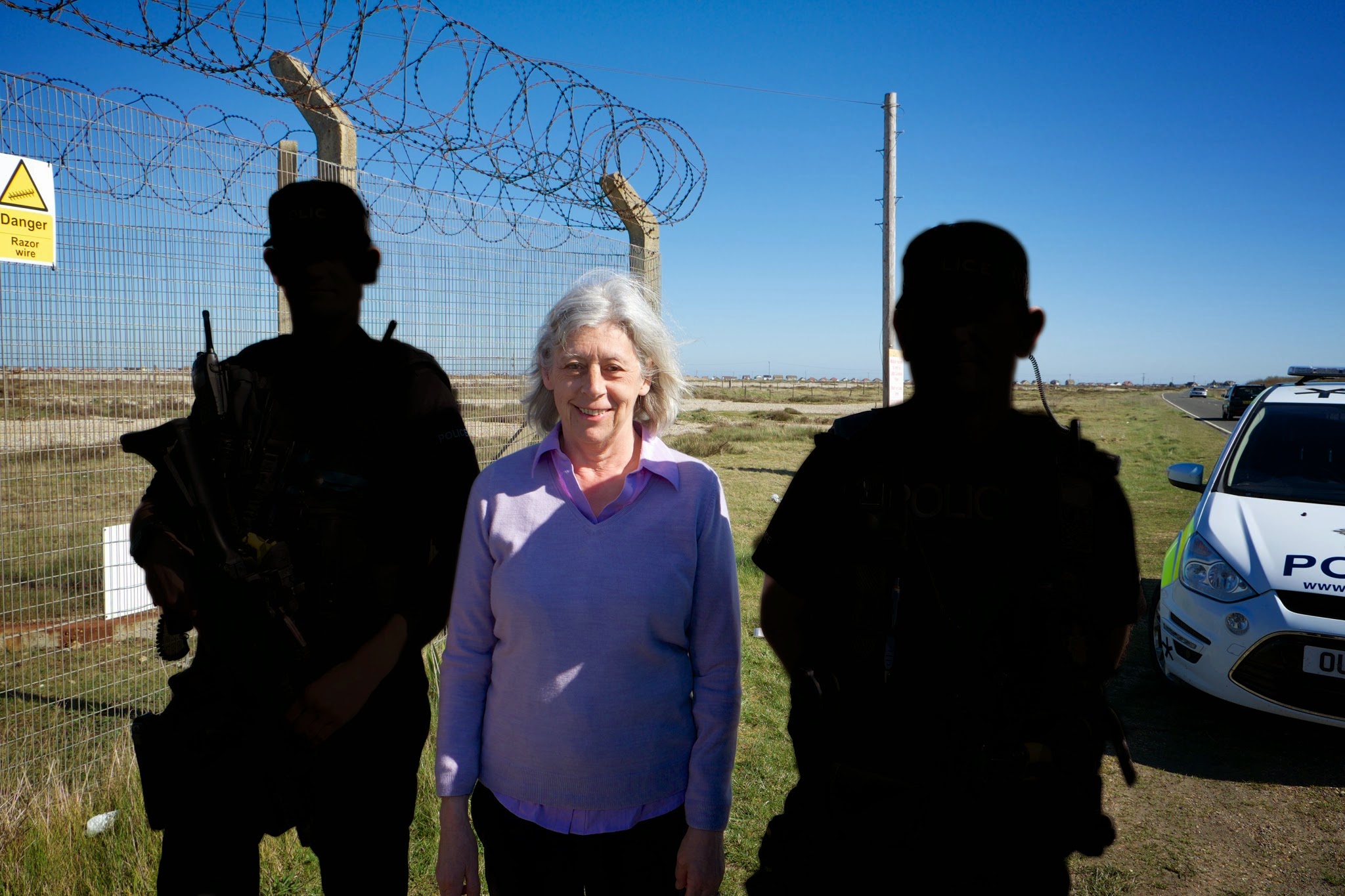 "It's what he does," Francesca explained. "He likes to photograph odd things"
She admired their weapons.
"Is that another gun?" she asked, pointing down (memories of Mae West, maybe).
"Yes" he said, flattered. "It's a Glock."
Word came back over the walkie-talkie. They relaxed. We checked out. We were not terrorists.
Francesca asked if I might photograph them. 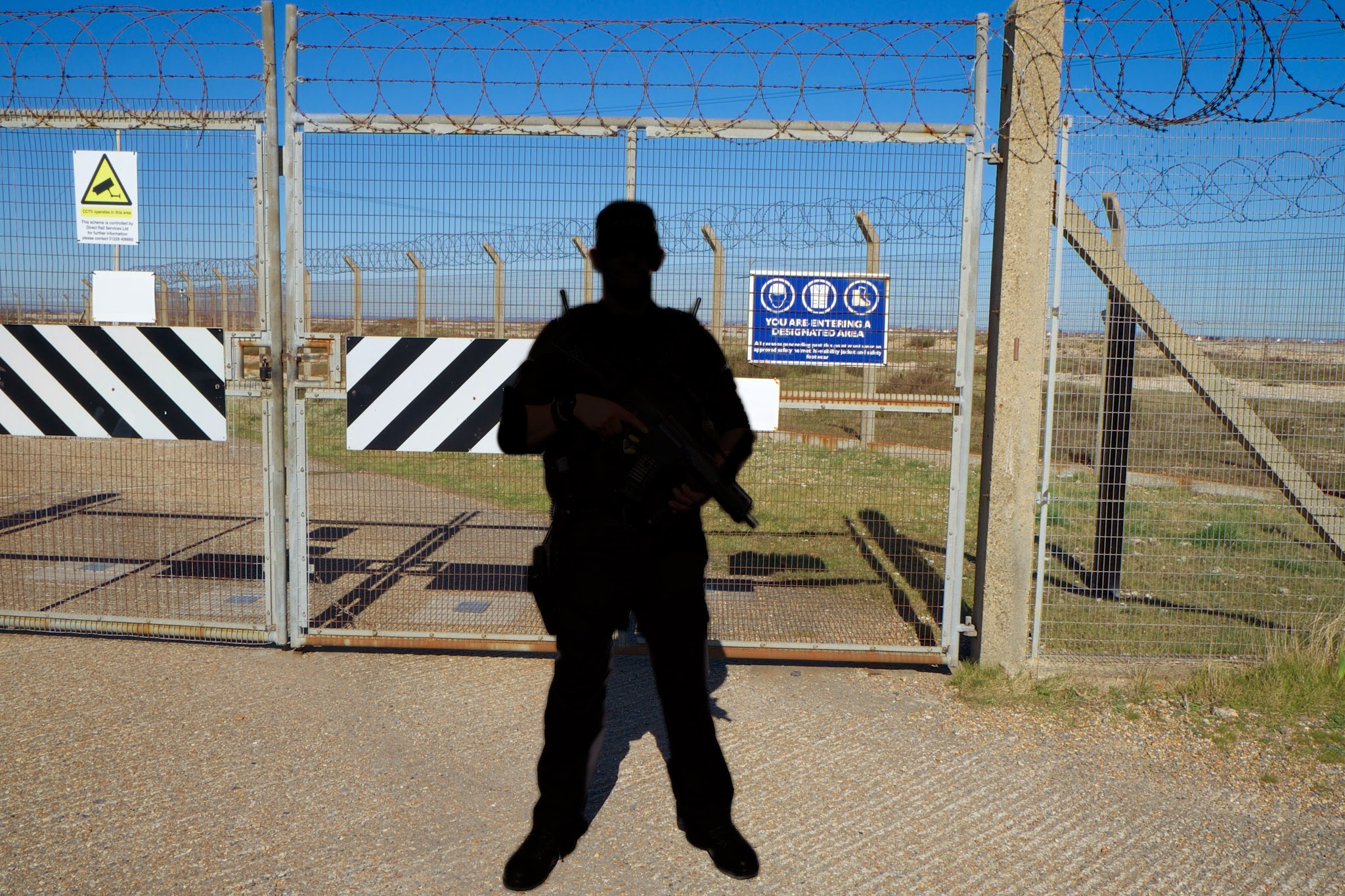